Tian Gang, a member of the National Committee of the Chinese People's Political Consultative Conference and former vice president of Peking University, gave a lecture at Yunnan University on Jan 4, with topic on Eulers number and geometry, according to YNU officials.

Tian explained Euler's formula, the proof of Euclid's theorem, as well as Euler's characteristic numbers in topology and its extension, defining Euler numbers in a more general space, and more.

He also exchanged views with attending teachers and students.

Officials said that before the lecture, Tian attended a meeting with YNU officials and teacher representatives from the school of mathematics and statistics, to learn about the development of YNU and its mathematics in recent years. 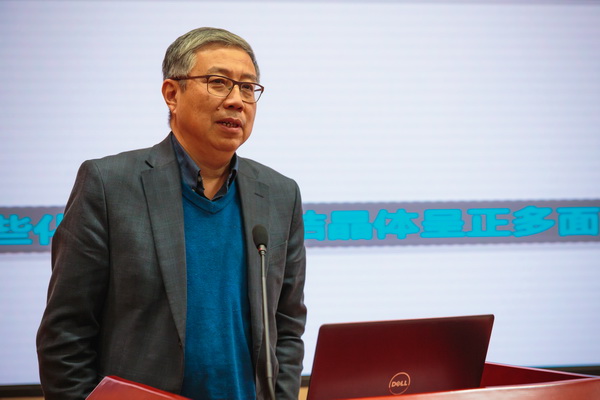